Cross Patch Farms of Morrill, Maine has begun their 3rd season selling produce at the new and larger farm stand located on Route 1 in Serarsport just across from Searsport Shores Campground.

The new building replaces a much smaller stand origianally built in 1973. Mr. Treat owned the property at that time, he had a big garden and wanted to honor the heritage of the property which had been a working farm from the shore to the top of the mountain since the 1800’s. The little red farm stand was very popular with locals and folks from away for the fresh produce and enjoyed national fame as the setting for a Nutrisweet ad.

Steven and Astrig Tanguay of Searsport Shores Campground now own the property. Last year Steven noticed a sign that read “duck” on the front of the stand, thinking the Cross Patch Farm was expanding their product line he asked to buy some duck for supper only to find the sign refered to the need to “duck” your head to keep from hitting it in the doorway, “The building was starting to lean a bit too much,” said Steven Tanguay, “so I decided to replace it with a new building.”

When you stop in at the farm stand you’ll meet Ann Ambrose smiling behind the counter.

Ann is having a great time decorating the new space. She says the new stand has far exceeded her expetations! It’s much larger, Ann is able to display many more procucts indoors.

The crew at Searsport Shores provided the labor with the help of Larry Dolan of Morrill. The pine siding for the farm stand was milled in Winterport from trees downed in the November storm last year. The cement came from State Sand and Gravel, other building materials were purchased locally from EBS and Viking in Belfast. 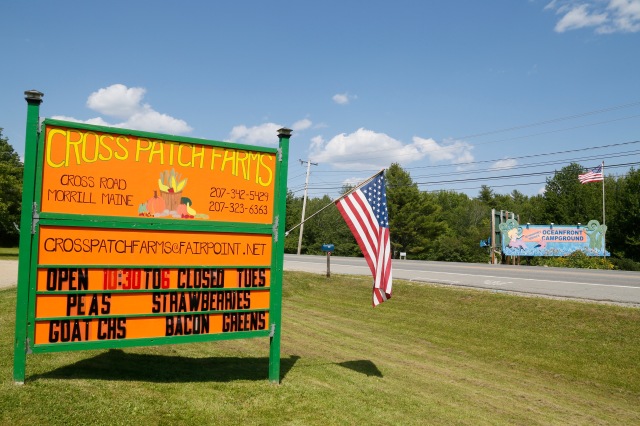 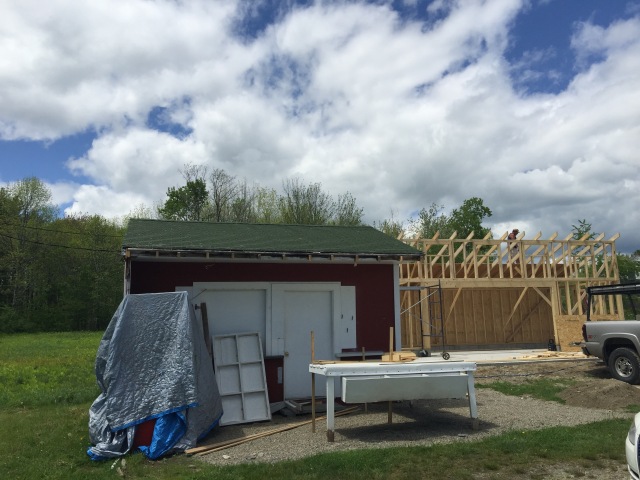 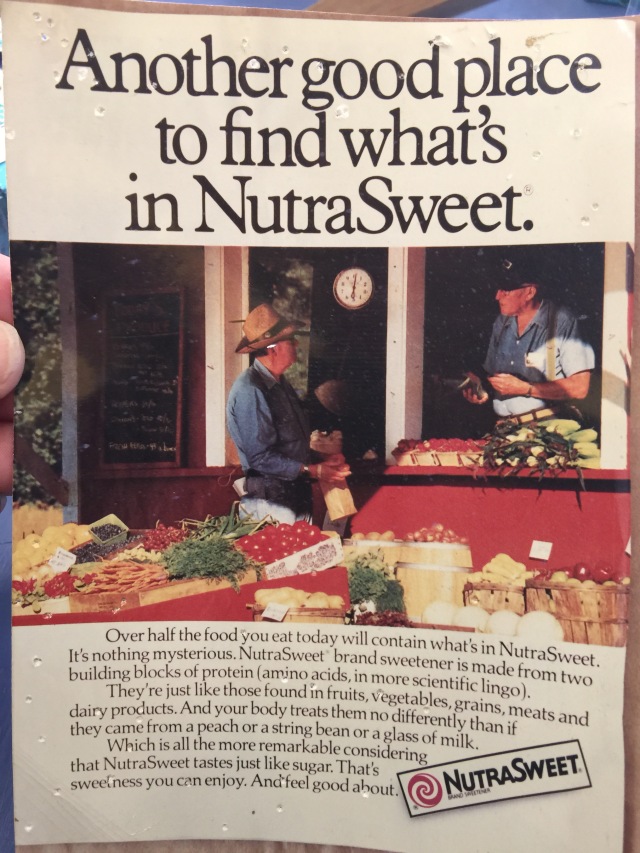 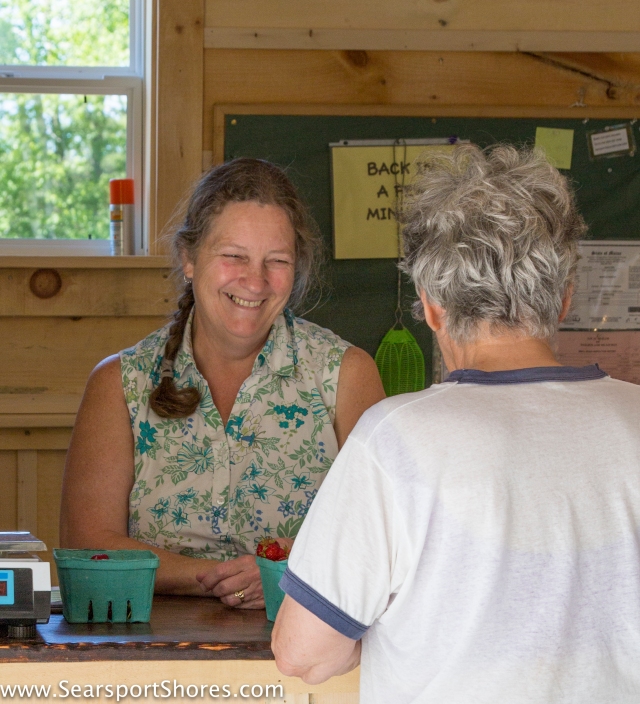 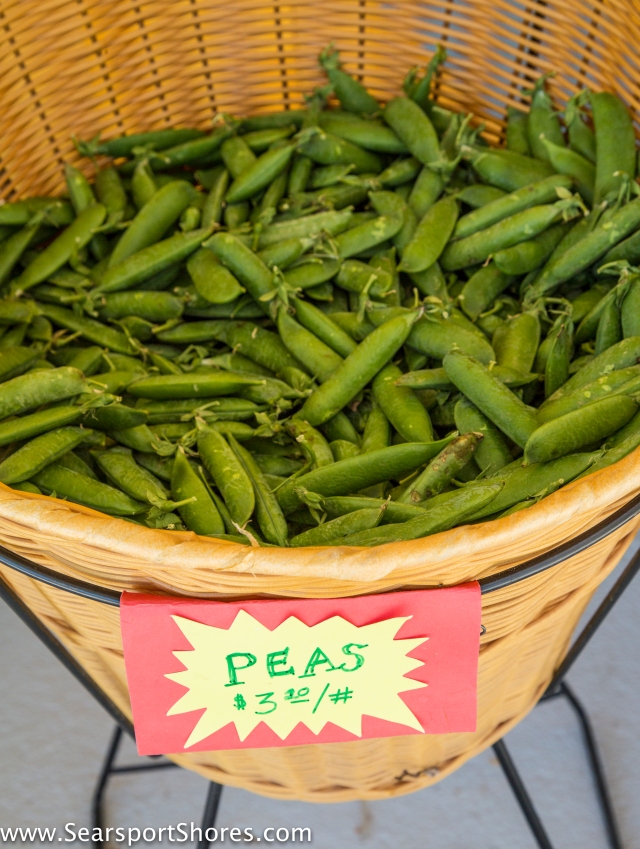 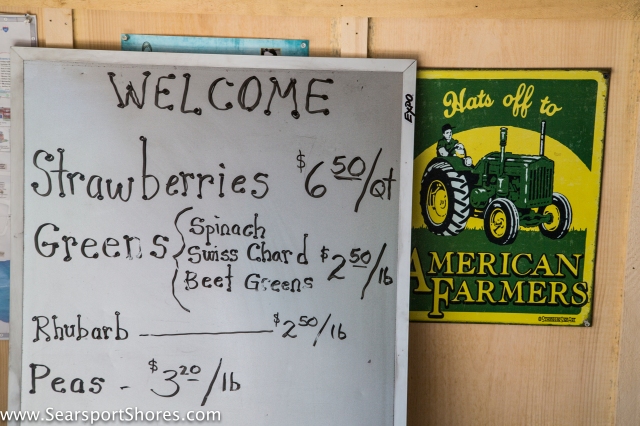