I’m working on our Christmas list for the campground.  Actually I’m taking a break from sorting through the database

Is he pre-med now?

to make this posting because my mind has been having a conversation with so many guests that I thought it might be healthy to write instead of think for a moment.

We run the reservation program using a rather large computer database that we started in 1998.  The program keeps track of anyone who stayed with us, how long they stayed and which sites they stayed on.  If the people really ticked me off for some odd reason, I’ve replaced their mailing address with a comment along the lines of…”tell them we’re full”…but that hasn’t happened more than 12 times in 10 years so I guess I’m still “customer friendly”…but I digress. 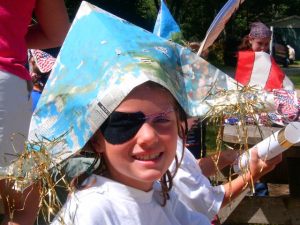 During these two weeks before Christmas, I go through the database, name by name and select guests I’ll be sending Christmas cards and goodies too…usually based on those who have stayed a minimum of 30 nights during the past 5 year period, but sometimes adjusted for things like a great attitude, a special memory or helped out in an unforgettable way.  Now be mindful that

in my reservation program, there are 1895 names that start with the letter “A” and 2700 names that start with “S” so this is a very time consuming project.  Along the way, I’m also deleting the names of those who haven’t returned since 1999 or only stayed a night or two and hailed from Europe or Western Canada (I’m guessing, right or wrong, that they won’t be coming back this way soon).   I have a whole little committee in my head that decides whether a guest name stays or goes from the database…can’t eliminate someone too quickly you know!

The weird part of this exercise is the flashing of faces and bits of memories that jump out from nowhere as names flash by…sometimes people we haven’t seen in years.  These little flashes of ghostly images are then followed by questions…I wonder if Julie’s in college now?, they had that cute Bassett that laid around looking wise all day or didn’t she steal flowers from my garden one year?…you know what I mean, random connections like spiderwebs 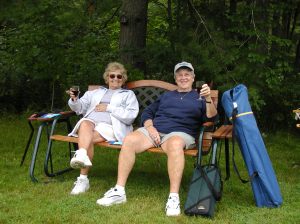 through space.  And then of course, my committee of worry chimes in…”Marie and Tom from Tiverton celebrated their anniversary here for three years in a row…but we haven’t seen them in two…did we fail them somehow?…or maybe it’s kids, divorce, new job…yes, I know I should just be minding my own business but I can’t help but wonder…so this process takes a very long time.

The whole point of these 500+ words on your computer screen is to remind you that “mining the database” can be a very personal experience for a small business.  Unlike the Amazons and the Verizons, we the little guys really do know the people who keep us going year after year.  Your support means the world to us and even when it’s tempting to think that we live in a disconnected world, take a minute to really look into the eyes of the people who serve you everyday.  That’s where the joy is and the truth has never been stronger:  Those seemingly fleeting moments of interaction live long after we’ve moved on to the next task… So get out there and offer up a random act of kindness :)!