Mihoko Wakabayashi, native of Japan has been working on SAORI Weaving for nearly 20 years which is an improvisational style of weaving started in Japan. Her SAORI studio in Worcester, MA is the first official studio in US and she has been teaching all ages and variety of abilities since 2000. She has visited Searsport Shores last year when Fiber College was held and fell in love with the place. She will weave and dye while she works as an artist in residency. SAORI Weaving is a moving meditation. There is no mistakes. Anyone can weave on ready-made warp which she sets up.
Mihoko will be joined by her mother who is visiting in August from Japan. Her mother is a Japanese tea master. She and her mother will offer variety of workshops such as SAORI Weaving, Japanese paper dying,  Japanese tea ceremony, Origami,and Japanese fan making. These are for all ages and surely enjoyable for families. 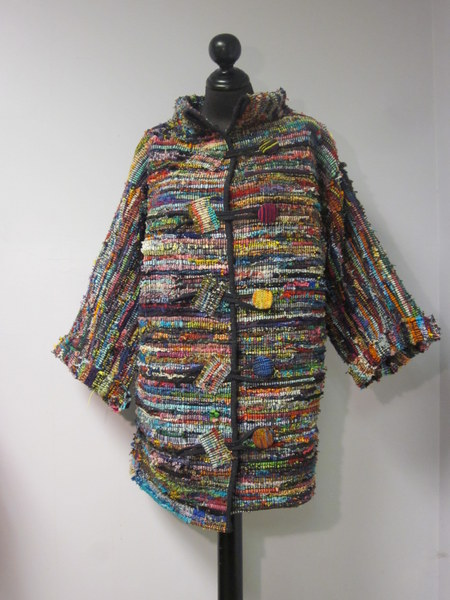 Category: Artists in Residence and other artistic pursuits

One Comment on “SAORI Weaving with Mihoko Wakabayashi August 10 – 16”

I’m missing everyone from @fibercollege already!!!!!!
#lovetocook
Have you noticed that when you use plants that live in your backyard for printing and dyeing, they match perfectly with dinner?
Have you had drinks @stocktonharboryc yet?
Put a frame around it and suddenly it’s more interesting 😂
I’m enchanted by the magic of eco printing! These experiments will be part of the @fibercollege retreats in September

E-mail us anytime at: relax@campocean.com
Join 5,374 other followers