Is it Winter yet?

Steven and I often argue about exactly when winter starts…I believe it starts as soon as it’s too cold to work outside before 11 AM (Yes, I have lots of wooly projects I’d rather work on in the comfort of a sunny window).  Somewhere around the 1st of November seems about right.  Obviously my willingness to accept the change of seasons proves that I’m flexible, wise and easy to get-along-with…I’m a Gemini.     Steven believes that it’s winter when there’s too much snow on the ground to try working on some sort of garden project…he won’t say “uncle” even when butting heads with Mother Nature until his feet are stuck in nearly frozen mud…clearly he’s an Aquarius.

So with the prediction of cold rain upon us…I spent the morning in the kitchen preparing a really good spaghetti sauce with the last of our heirloom tomatoes (they seem to produce later into the season than the others), the final straggling green peppers and a lonely eggplant…from now on it’s kale, cabbage and Brussel sprouts for us when we want fresh veggies from the garden.  Spaghetti, warm bread from Chase’s and a glass of red wine with friends late in the afternoon… yup, it’s winter.

But by 11:00 it was warm enough to venture out and plant a few more daffodil bulbs (remind me again why I thought 500 was a reasonable number).  Since I’m trying to get more Spring flowers on the beds by the ocean, it was a great excuse to take the goats for a walk and let them graze on seaweed while I snuck the bulbs into the ground along the boardwalk.  You’ll see from the pictures that we were bathed in that silvery pink light that comes before a big rain…with the temps in the 50’s even the wind didn’t feel particularly cold.

Queen Lollipop is always the last to come along

But Lollipop is the sweetest of the bunch 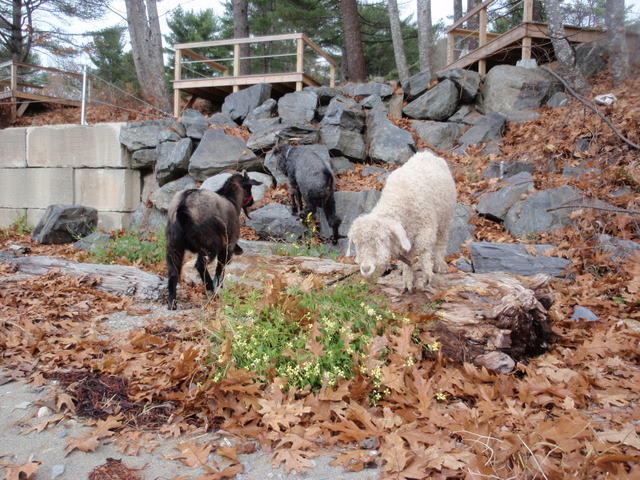 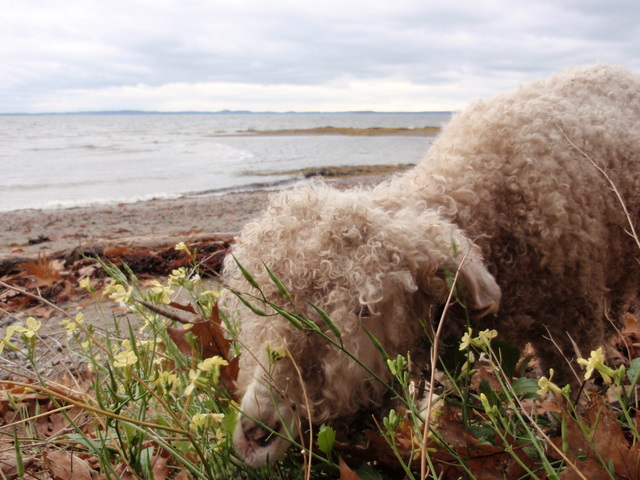 Fresh peas in November?...oh my!

My metal shop finally got a workout! #plasmacutting
28 years ago @stanghair gave me batik napkins and we used them forever. this weekend one was elevated to art. #reuserevolution
Our tale of seven mallard ducklings born on the rec hall porch this week.
A moose in my backyard! Again 🌻💕🐝
Peace and salty seaweed in my world...wishing everyone the same peace.
Early morning stitching at the beach...Binx is hoping for coffee cake #novembermorninginmaine